The Meaning & Significance of the Native American Medicine Wheel 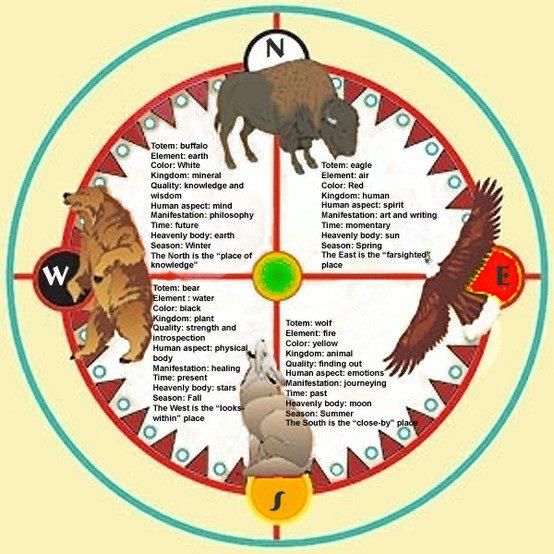 The Medicine Wheel of the Native Americans is symbolic of their spirituality and of the unique, individual ways we go to find our path - a journey of truth, harmony and peace. It is the symbol of the wheel of life, a never ending circle, life without end, forever evolving and bringing new lessons. The Earth walk is built on the understanding that every creature must stand on every spoke of the great wheel of life numerous times to know those truths. and that all directions are to be honored and respected. Until one has walked in others' moccasins, or stood on their spokes of the wheel, they will never truly know their hearts.

The medicine wheel helps us with our ‘vision’, to see where exactly we are and in which areas we need to develop in order to realize and become our potentials. It shows us that we are ALL connected and shows us the intricacies of the interwoven threads of life and what our part in it all is. It aids us understanding that without our place in the tapestry the bigger picture would not be as it should be. We ALL bring color, dimension and life to each other, to all of life. It does not matter what color, race or creed we are, we ALL need to create a beautiful existence and expression of the Whole. The medicine wheel is a tool to be used to uplift and better mankind, to heal and re-connect with the infinite. Every-one is a realization of ‘God’ trying to realize self...so find out what part you yourself are.

The Medicine Wheel contains the 4 sacred colors and 4 cardinal directions. Also represented by the circle is the ‘circle of life’, with the center of the circle representing the ‘eternal fire’. flying toward the east is the eagle symbolizing vision, endurance and stamina and also the renewal of life and rebirth of the Cherokee Unity.

The 4 sacred directions and cardinal colors of the Medicine Wheel and their meaning are as follows:

1. East is red - this color/direction represents spring and stands for victory, success and power. Spring is the re-awakening after an extended sleep - the victory over winter and the power of renewed life.

RED was the color of the Native Americans war club which was used to against enemies, and also the one for protection. Red beads were used to call upon the red spirit to guarantee a long life, to get better from illness, for good luck in love, for ball play as well as other undertakings where the benefit of the magic spell was required.

Animals of the East are animals of wings and flight including the hummingbird, the owl, and the hawk. Our words are given to the east that the smoke in the air or the voices in the air may be carried to Spirit.

2. North is blue - this color represents the winter and also defeat, failure, trouble, disappointment, unsatisfied desire and sadness. This is a season of waiting and surviving. The Cherokee word for North literally means cold.

Uttering the words ‘they shall never become blue’, conveyed the belief that one would not fail in anything they did. When doing a love charm, a lover would literally cover himself in red and pray that his rival would turn entirely blue and walk in a blue path. The meaning of being entirely blue has the same meaning as the common English saying, ‘feeling blue’. The blue spirits resided in the North.

Animals of the North include the white buffalo, Moose and Bear. Each of these prepares themselves to have a layer of fat to sustain them through the winter. They are also the primary source of meat during the winter season for the Native Americans. They know not to waste energy, resting and taking things slowly with the knowledge of what winter brings.

3. West is black - this color/direction represents the autumn and stands for death. Autumn brings with it the final harvest and is the end of life’s cycle.

The enemy’s would be constantly beaten by black war clubs and enveloped in a black fog. When calling upon spirits to destroy an enemy, shamans used black beads and called upon the black spirits that lived in the west, asking them to tear out the enemy’s soul and carry it to the West to be put it in the black coffin deep in the black mud, with a black serpent coiled above it.

Animals of the west - the Beaver shows us the team work and preparation required for the upcoming coming. Snake reminds us to shed our skin to change and grow

4. South is white - this direction/color represents the summer and stands for serenity, growth, fire, passion, fertility, happiness and peace. Summer is also the time of abundance.

In ceremonies such as the Green Corn Dance and ball play, white food would symbolically be indulge in and after the dance or game the white path was taken to their white homes. The stones pipes anciently used to sanction peace treaties were white. White beads meant all was happiness when used in bead conjuring. The White spirits resided in the South.

Also, there are 3 further sacred directions:

1. Up above is yellow
2. Down below is brown
3. The Center is green - the place of the sacred fire, which lies in the center of their paths.

In experiencing the Good Red Road that goes form South to North in the medicine wheel, one learns the lessons of physical life. After leaving the physical plain and experiencing death, one goes on to the Blue or Black Road, the world of the grandfathers and grandmothers. Here, in spirit, one continues to learn by counselling those left on the Good Red Road. The Blue Road goes from East to West. The medicine wheel is life, afterlife, rebirth and the honoring of every step along the way.

By Ina Woolcott of Shamanic Journey